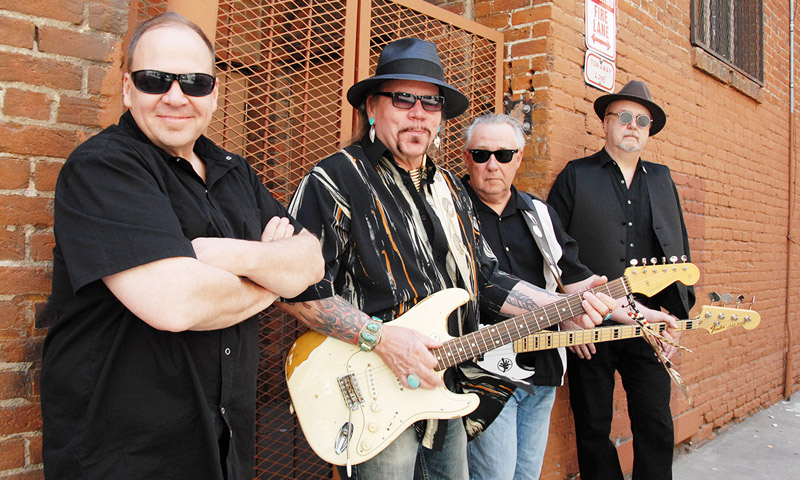 Spending time in the San Francisco bay area in the 70's and early 80's, Snakeboy Johnson "cut his teeth" as a blues/soul guitarist, with a fire and emotional style not unlike that of the classic blues greats. A singer/songwriter as well, Snakeboy is most at home playing in some roadhouse bar room, delivering his original and traditional blues-rock compositions with a raw gutsy voice, while firing off heart bending rounds of over-driven tube leads.

Beginning his music career at age 11 on drums, he eventually taught himself to play guitar, tuning it to old R&B records and practicing "The Old Style" while putting in some of his own personality as well. Cutting loose in the biz with his first band in the bay area was "Out of the Blue", later moving to San Diego he formed "Blues Seville", opening up for such greats as Johnny Winter, Albert Collins, Lil' Ed & the Blues Imperials, Steppenwolf, as well as having the honor of being part of the final appearance with the late great "Albert King".

Will moved on to the Live Music Capitol of the World, Austin TX. Picking up the Texas blues tone and style and meeting me, Evan Johns, introduced him to the Austin sound. While playing in Austin, a local drummer gave him the name Snakeboy, and the name stuck. Playing all over the state, he started getting noticed and a good following of blues enthusiasts. While in Austin he has opened up for such names as Earl King, Jerry Jeff Walker, The Fabulous T-Birds, Jimmy Vaughan and Tilt-a-Whirl Band as well as others around the state and the midwest.

So if this guitar-slinger comes into a town near you, check this guy out playing his tough brand of "Texas Rockin'-Blues". Also look for his new CD release.

His Four for Four Classical Guitar Quartets are in the Dobermann-Yppan catalog, and he has written for stage and film, notably the action movie The Third Society.

Jim was the musical director for the Miami cast of the Rocky Horror Show and appeared on the Disney talent show Coming On. He has played with jazz, rock, blues, country and progressive rock bands, has worked as a singer/songwriter and performed with an orchestra.

His keyboard influences range from Greg Allman to Chick Corea. 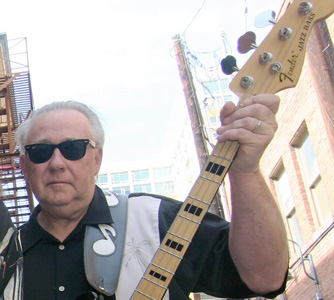 Mr. Enthusiasm has been playing and singing in the Northern Nevada area for over 50 years. He has toured extensively and played all around the USA.

His groovin' bass stylings have backed many Northern Nevada and regional groups, such as: King Finger, Guitar Woody and the Boilers, Strange on the Range, Contraband, The Swiveltones, and The Touch! 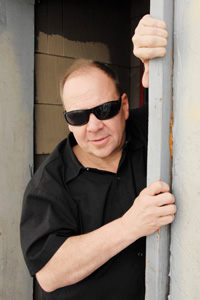 John began playing drums at the age of eight and was a 10-year student of legendary Jazz drum teacher Kay Carlson in Los Angeles.

After three years of marching bands and school orchestras, John played drums in numerous garage bands that showcased Hollywood and West L..A. clubs during the Hair Band era of the early and mid 1980s.

More recently, John has been involved in numerous jazz projects, from small combos to 19-piece big bands, but now focuses primarily on blues.